‘Brrrrrrrrrrrrrrpp!” said Cardi B on the The Tonight Show. Host Jimmy Fallon didn’t know where to look. Was this a joke? Her track Bodak Yellow had topped the US charts for three weeks in October 2017 and Fallon was doing a “getting to know you” interview. Although his questions were bog standard (“Where does your name come from?”), her responses were anything but. Delivered in a thick Bronx accent, they were punctuated with sing-song exclamations (“Owwww!”, “Hmmmwowowow!”). Cardi’s demeanour was effervescent but Fallon looked confused as she leapt off-script. His glance into the audience said it all: what just happened?

Like many, Fallon was guilty of underestimating Belcalis Marlenis Almanzar. To be fair, before Bodak Yellow she was better known for snatching wigs on VH1 reality show Love & Hip Hop – releasing one of the biggest and best rap albums of 2018 was definitely not supposed to happen. Bodak Yellow changed the script: it is a brilliant track that earned pop cultural momentum from the novelty of Cardi’s melodic, withering flow. But what made Invasion of Privacy a success a year later, the novelty worn off, was evident in the Fallon interview: her sheer force of personality, steely realness shot through with a bolt of humour.

Facebook Twitter Pinterest
Against the backdrop of a police siren, she broke down her rags-to-riches story on opener Get Up 10: from growing up poor to making money from stripping to the reality show grind. “Real bitch,” she stated, “only thing fake is the boobs.” This kind of line – funny, unapologetically flawed and instantly quotable – flashed throughout the album. And while peers like Nicki Minaj were rapping about their godlike status and underlining their importance in the rap firmament, Cardi’s raps about starting from the bottom felt relatable and aspirational: “Went from small-ass apartments to walkin’ red carpets / Pissy elevators, now every dress is tailored.”

Invasion of Privacy went deeper still: as well as its post-Bodak Yellow trap bangers (Bickenhead, Money Bag, Drip) and pure pop (summer hit I Like It), she betrayed a surprising vulnerability. This was no more evident than on the poppiest trio of songs where the theme of romantic, digital betrayal loomed large. On Thru Your Phone (“I went through your phone last night / Found some things I didn’t like”), she threatens to create revenge porn of the woman her lover is cheating with – the immediate white-hot anger of the betrayal, papering over terrible hurt, is all audible in her voice. On the Lauryn Hill-referencing Be Careful she raps about “liking pictures, not returning texts”, and on the irresistibly melancholic Ring, guest star Kehlani sings about WhatsApp messages read but not replied to (“You used to be on my line / On my tick all the time”). This year, no other artist has summed up the dazed disorientation of online love better.

The fact that her real life spilled out into gossip magazines (via her marriage to Migos’ Offset – now over – their pregnancy, and her tiff with Minaj) only added to the idea that Cardi B was for real, and for us. Brrrrrrrrrp indeed.

As 2019 begins…
… we’re asking readers to make a new year contribution in support of The Guardian’s independent journalism. More people are reading our independent, investigative reporting than ever but advertising revenues across the media are falling fast. And unlike many news organisations, we haven’t put up a paywall – we want to keep our reporting as open as we can. So you can see why we need to ask for your help.

The Guardian is editorially independent, meaning we set our own agenda. Our journalism is free from commercial bias and not influenced by billionaire owners, politicians or shareholders. No one edits our editor. No one steers our opinion. This is important as it enables us to give a voice to those less heard, challenge the powerful and hold them to account. It’s what makes us different to so many others in the media, at a time when factual, honest reporting is critical.

Please make a new year contribution today to help us deliver the independent journalism the world needs for 2019 and beyond.

At some point in the last few years, it stopped being enough for pop stars to simply have catchy songs and good hair. Now they had to be totally woke, and fluent in identity politics and intersectionality. (See: everything from Little Mix’s new album, featuring a song called Joan of Arc, to people digging through Dua Lipa and Stormzy’s archives to shame them for old tweets.) Inclusive, socially aware pop should be celebrated, but at its worst it can be a shallow branding exercise that makes the music feel like hard work.

The artwork for Chris.
Facebook Twitter Pinterest The artwork for Chris
While she is hyper-versed in matters of gender, sexuality and class, Christine and the Queens (nee Héloïse Letissier) has never made these topics heavy-going. Funny, charismatic and an obscenely great dancer to boot, she has been a tonic since she emerged on the UK music scene in 2016. Still, discussions of her identity as a pansexual, politicised woman sometimes threatened to overshadow the music. And there was a big identity shift to get your head around on her second album, Chris – the name she now goes by. The album is a compelling portrait of a woman in flux. She cut off her hair and – having declared “I’m a man now” on her debut album – leaned into a muscular femininity. Since releasing her 2014 debut, she has embraced her power and sexuality, enough to question whether the two are interchangeable – or even incompatible.

Most of the songs on Chris detail her own pleasure and how the trials of loving feel: swaggering back from a tryst salty with sweat, like a man would; the way her jaw pimples when she feels shame; begging her male and female crushes to succumb to her skin, soft with desire but thickened by pride. She slips between dominant and disempowered archetypes, eroding what listeners might think of as traditionally masculine or feminine. All of which would be academic, even alienating, if her intricate synthpop didn’t convey these qualities – lustful intent, slippery power imbalance, the overwhelming churn of self-loathing beneath your skin. Sometimes the music does it more directly than the words. While there are beautiful lyrics on the album (“To love him is to scare a mist / to make a fauna flee”), her twisty intonation can render them opaque without the lyrics sheet.

Such a close relationship between sound and intent is testament to Chris stepping up as producer. She co-produced her debut and has since claimed that her label encouraged her not to make a big deal of the fact – which, if true, indicts the gulf between the marketability of empowered female pop stars and the industry restrictions they still face. After unsuccessful sessions with Mark Ronson and Damon Albarn as producers, she fought to make her second album herself, working with session musicians from several classic 1980s pop albums.

The music is full of familiar sounds – lead single Girlfriend pairs G-funk with cartoonish giggles and moans that mirror the comic bricolage of Slim Shady-era Eminem; the smashed glass and thrusting bass on Feel So Good recalls the Art of Noise’s crude sampling – but they’re subverted by moving musical storytelling and ingenious juxtapositions.

Within Temptation will release their 7th studio album Resist on December 14, It’s the bands first release through Spinefarm Records.

Dutch symphonic metal supremos Within Temptation are returning with their seventh album this winter following months of turmoil and uncertainty within the band.

Here’s what vocalist Sharon Den Adel has to say about the new album’s sound:

“Sometimes it feels that today’s pop music lacks a rebellious edge. Our main goal was to collect pieces from sounds we did like then roughen the whole thing up as much as we could, allowing us to shape a new musical world that is heavier, dirtier and more futuristic than we’ve ever created before. Resist is our new take on metal; our way of giving a fresh lease of life to the rebellious edge of modern music.”

Originally scheduled for release in September 2017, the album would include Timbaland as one of its producers. He said “What impresses me about Zayn is the vision he has for his music.” Zayn stated that the album is “90 percent completed”. The CEO of RCA Records Peter Edge said the album consist of a “more optimistic tone to it after coming through that more challenging time”, referring to Zayn’s time as a member of One Direction in his early career. Speaking about why the album has delayed since late 2017, Zayn said:

Every day I find another song that I’m swapping out with another one. That’s why the album date hasn’t really come yet. Even though the album is pretty much there, and I have the material, I’m still changing things here and there.

On Instagram, Zayn revealed snippets of clips from the album, captioned with “Taster z2”.

Bring Me the Horizon, often known by the acronym BMTH, are an English rock band from Sheffield, South Yorkshire. Formed in 2004, the group now consists of vocalist Oliver Sykes, guitarist Lee Malia, bassist Matt Kean, drummer Matt Nicholls and keyboardist Jordan Fish. They are signed to RCA Records globally and Columbia Records exclusively in the United States. The style of their early work, including their debut album Count Your Blessings, has been described primarily as death core, but they started to adopt a more eclectic style of metal core on later albums. Furthermore, their latest album That’s the Spirit marked a shift in their sound to less aggressive rock music styles. 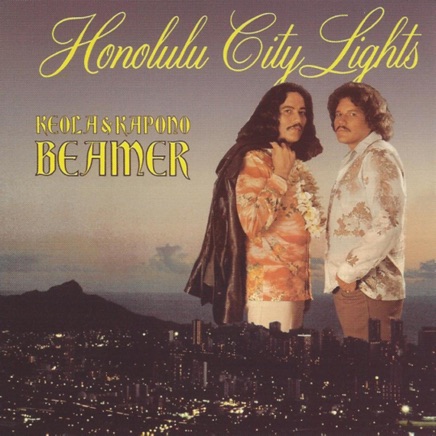 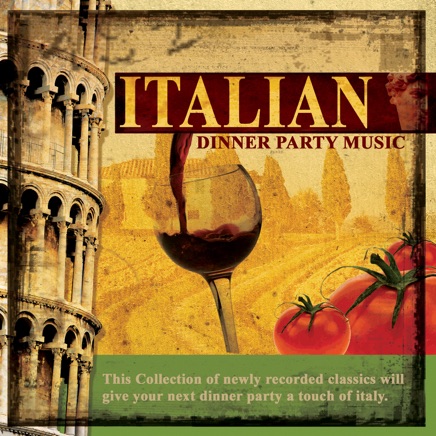 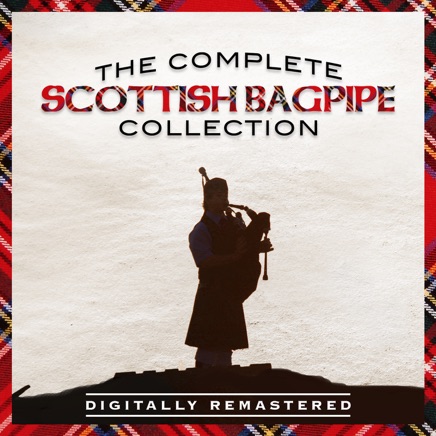 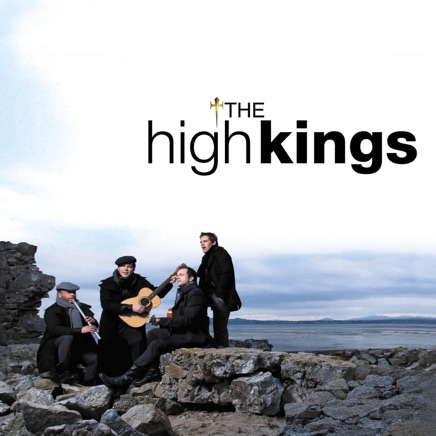 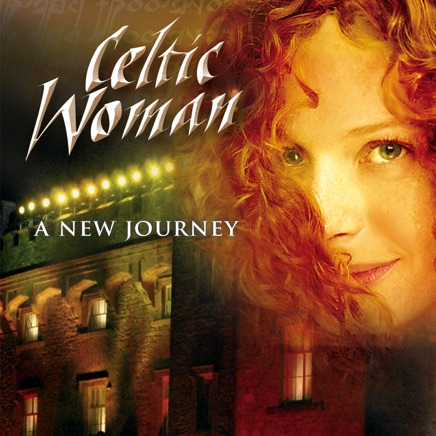